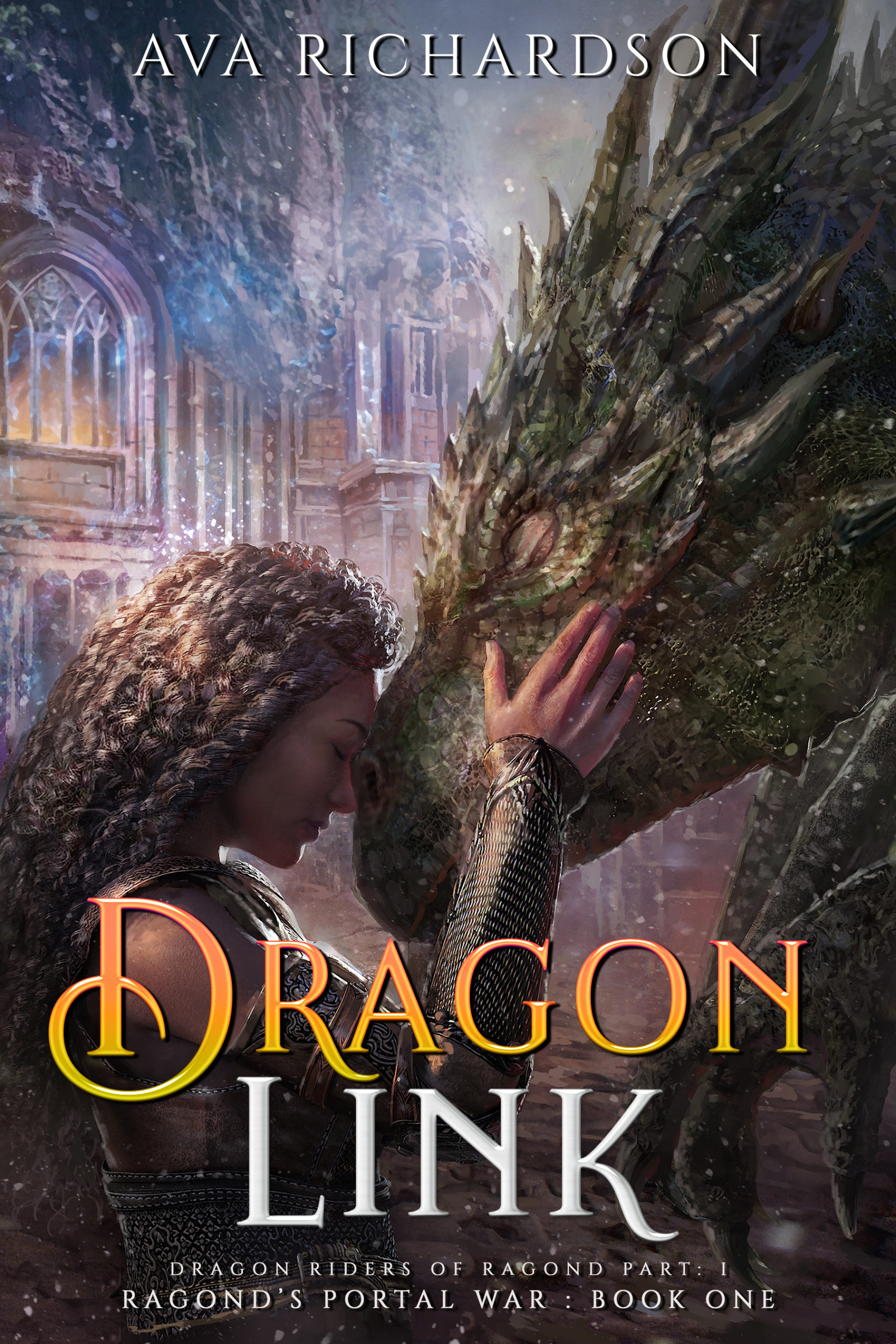 For sixteen-year-old Nova Harris, the last nine years in Florida have been a constant stream of disappointment. With her father dead and her mother missing, she’s been shuffled from one foster home to another. The only connection Nova has to happier times is the strange dragon pendant that makes her yearn to reunite with her mother and have a family again.

Until a dragon lands at her feet—and offers to help find her mother.

Before they know it, Nova and her best friend Zephyr are whisked through a portal to Ragond, a realm sustained by powerful magic. Though Nova has no memory of this land, the fantastical inhabitants are well aware of her parents. Because of her family, in fact, Nova is invited to participate in the upcoming dragon rider trials, and Zephyr in the witch trials.

However, it soon becomes clear that various factions are threatened by the newcomers and want to send them back where they came from—by any means necessary. Further complications arise when Nova and Zephyr discover twin dragons…and unexpectedly bond with them.

Suddenly, Nova discovers she must choose between searching for her mother and protecting those she loves. And either choice risks embroiling them in an inter-dimensional war. 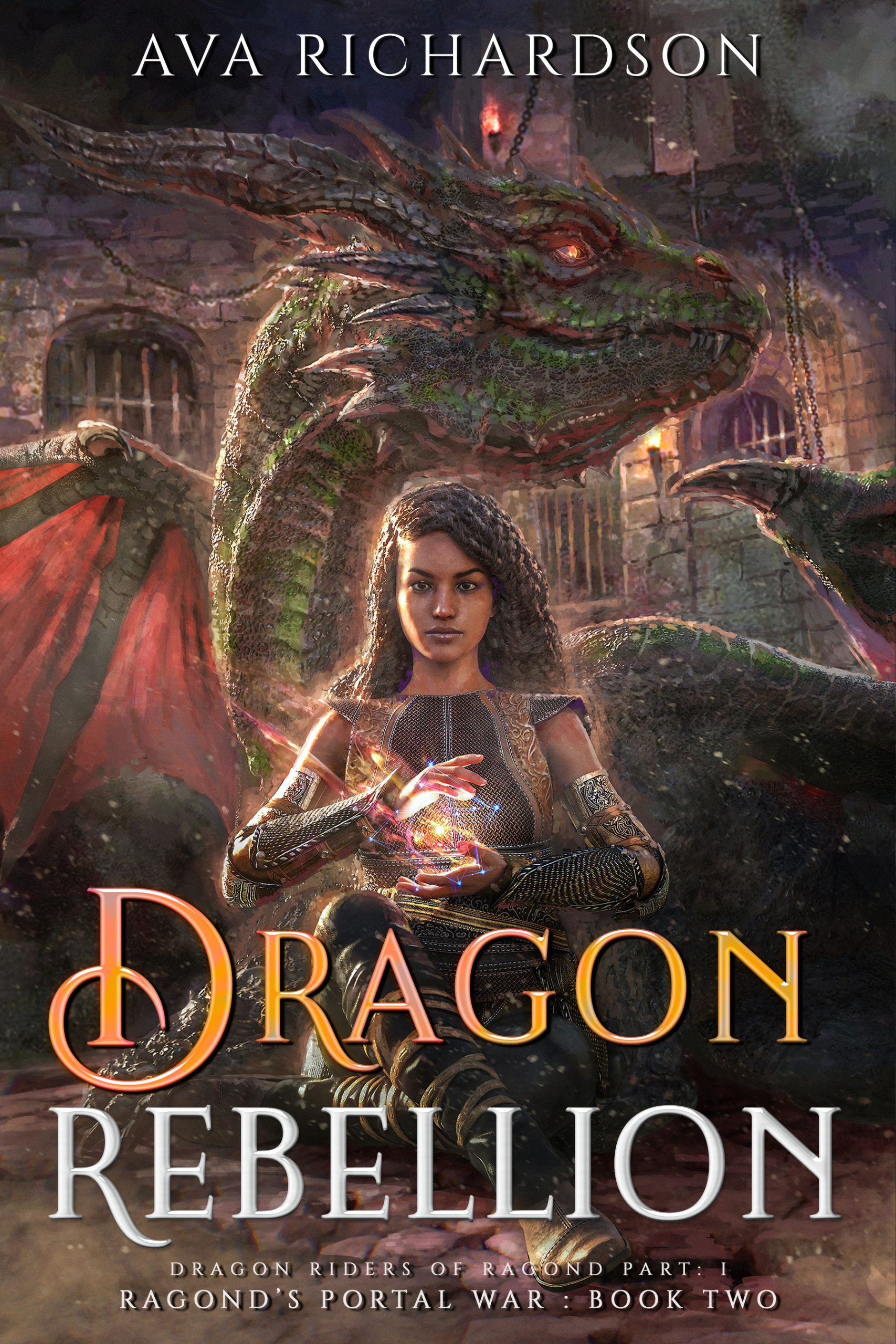 The battle for Ragond has begun.

Sixteen-year-old Nova Harris didn’t expect danger when she was whisked away to a magical realm. All she wanted was to find her mother, but instead she discovered a whole new world—one that’s at war. With an uptick in the mysterious inter-dimensional portals, Ragond needs every dragon and rider to protect it from the Mythoi who continue to come through and attack. And as the intensity of the fight grows, Nova’s mental reserves are further exhausted from the strain of masking her best friend’s illegal dragon bond.

A bond that, if discovered, will mean Zephyr’s death.

After repeatedly bending the rules, the Council removes Nova from the battlefield and forces her to study Ragond’s history in the Great Library. But the magical books there will only open for those who possess the ability to understand their contents—and when Zephyr visits, they’re shocked to discover she can open every one she touches. But the more they read, the more questions they have…until they’re faced with a truth that threatens to overturn everything the people have been told about the war’s origins.

When an open portal gives Nova a chance to see for herself the horrors that have befallen Mythos and its inhabitants, she, Zephyr, and their dragons embark on a quest to find the truth about Ragond’s past.

It will be a quest that can expose the Council’s duplicity and end the war—or doom them all. 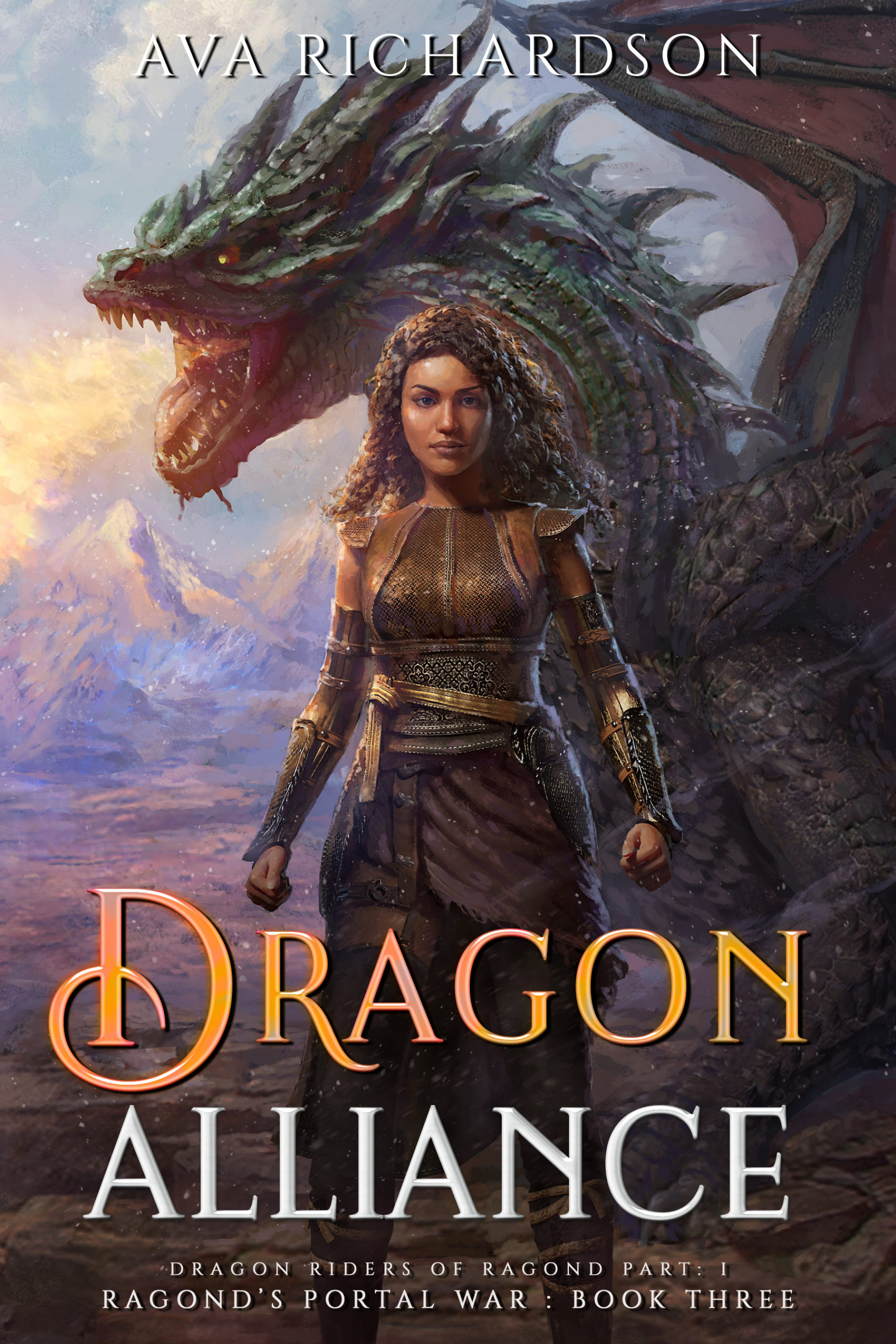 The past and present collide in an epic fight for Ragond’s future.

The rebellion is in full swing. Nova and Zeph have gathered renegade dragon riders, witches, and Mythoi to take on Ragond’s corrupt Council and bring down the notorious Link Mage once and for all. But years of war have bred distrust between Ragondians and Mythoi alike. They are as likely to fight amongst themselves as they are to take on the Council.

Nova’s own push to fight alongside the Mythoi casts suspicion on her. But she knows the truth: If the Mythoi and Ragond don’t stop the infighting and preserve their worlds, there’ll be no chance to bring down the Link Mage. Not to mention that Nova’s chance at finding her mother will be lost.

Especially when the portals are growing increasingly unstable.

As rebel forces fight to reclaim Stonehaven and clash with Ragond’s corrupt Council members, Nova realizes time is no longer on their side. They must find the Link Mage and stop him before everything—and everyone—she loves is destroyed.

No matter what it costs her. 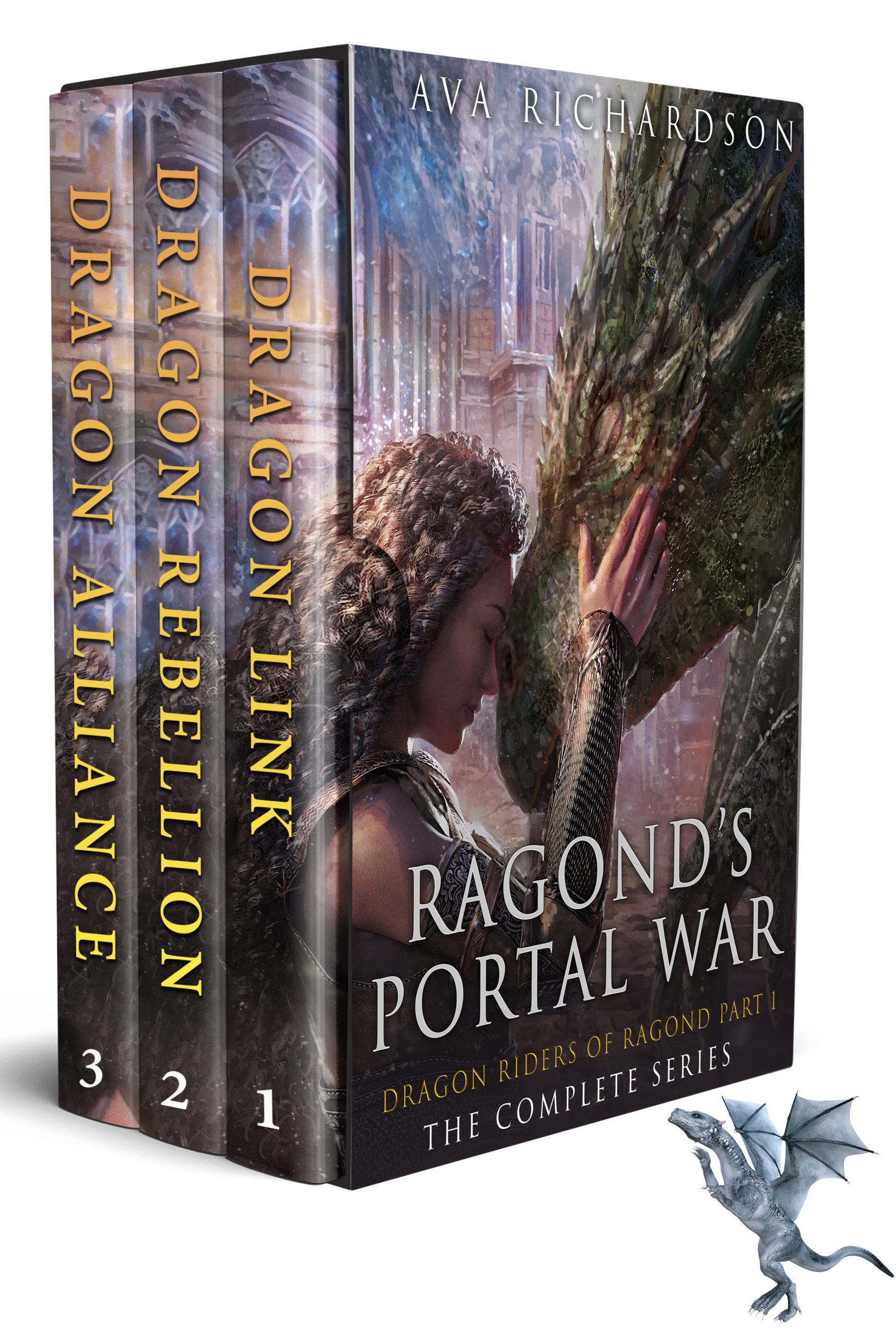 Experience the fantastical adventure of this epic dragon fantasy box set coming in at over 900 pages!

She wanted a home and adventure—but instead found danger.

After being shuffled from one foster home to another, the only connection sixteen-year-old Nova Harris has to happier times is the strange dragon pendant that makes her yearn to reunite with her mother. But that’s nothing more than a childish dream—until a dragon lands at her feet and whisks Nova and her best friend through a portal to a magical, dragon-filled world. Even though Nova is invited to participate in Ragond’s dragon rider trials, and her friend Zephyr invited to participate in the witch trials, various factions are threatened by the newcomers and want them returned to where they came from—by any means necessary.

The danger only increases when the pair discover twin dragons and unexpectedly bond with them; it’s a bond that, if discovered, will mean Zephyr’s death. With an uptick in the mysterious and unstable portals between worlds, Nova, Zephyr, and their dragons must embark on a quest to discover the truth about Ragond’s past and its connection to Nova’s family.

Or risk becoming embroiled in an inter-dimensional war.

Queen of the Dragons’ Ava Richardson invites you to immerse yourself in a dragon-filled world with epic magic, fearless heroines, and, at its heart, the deep bond between dragon and rider.