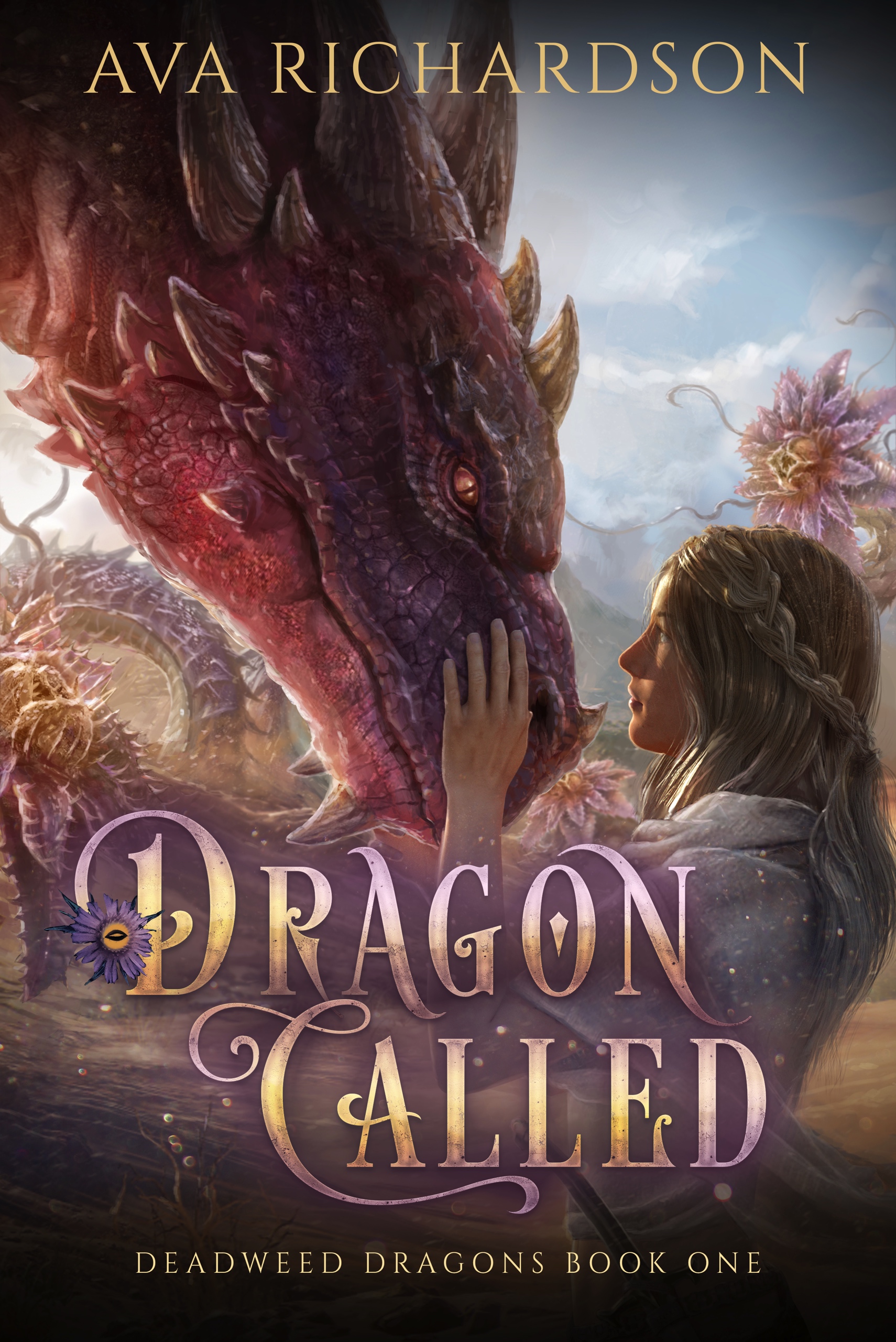 In a kingdom that has fallen into chaos, one young woman—and her dragon—are thrust into the role of bringing balance to the land.

From the moment Dayie washed ashore as an infant, everyone in her tiny village treated her as… different. She didn’t belong, no matter how hard she tried. So when a vicious, invasive plant called Deadweed overruns her village, she’s blamed and sold to the Dragon Traders for fear of her powers and the mystery surrounding her origin.

After years of service to the ruthless Dragon Traders, Dayie wants her freedom. To repay her debt, Dayie steals a dragon egg. But she winds up with far more than she bargained for when her egg hatches before she can get it to them. Now she must hide her hotheaded young dragon Zarr or risk losing him: either to the Dragon Traders or the Deadweed that’s creeping ever southward.

When the Dragon Traders travel further south to evade capture and Deadweed attacks, Dayie meets a mysterious Dragon Rider named Akeem, who tells her magic is behind the spread of the Deadweed, and that she’s been bonded with Zarr—for life. Now Dayie faces a choice: give up her dragon for her freedom or take her place with Zarr in the Training Hall of Dagban. There, she may have the chance to avenge her parents’ deaths and solve the mystery of ever-spreading Deadweed.

Dayie’s destiny awaits, if she’s brave enough to follow it…

They must either stand together, or the Kingdom will fall.

The combination of Dayie’s magic and dragon’s fire has halted the advance of the Deadweed. But it is not defeated. Now, a new enemy lurks on the horizon: Water Wraiths sweep in from the sea, cutting their way inland, and assisting the invading plant’s onslaught deeper into the land.

Killing everyone in their path.

The new strategy against the Deadweed has proven effective, but Dayie grows weaker each time she uses her powers. It can only be a temporary fix. When she and her dragon Zarr are invited to train with the High Mountains’ Dragon Riders, Dayie eagerly accepts the opportunity. But it’s far from a warm welcome as the tight-knit riders of the High Mountains distrust the outsider and her unusual power.

When the High Mountains leader suggests a compromise, a schism in the ranks threatens to tear the group apart. The loyal few must convince both dragons and riders of the Southern Kingdom to join forces against the Water Wraiths.
But Dayie won’t be much use to them if she can’t figure out how to balance her magic usage and avoid depletion.

To survive the growing menace, the Dragon Riders must set aside the things that divide them and unite.

Before it’s too late. 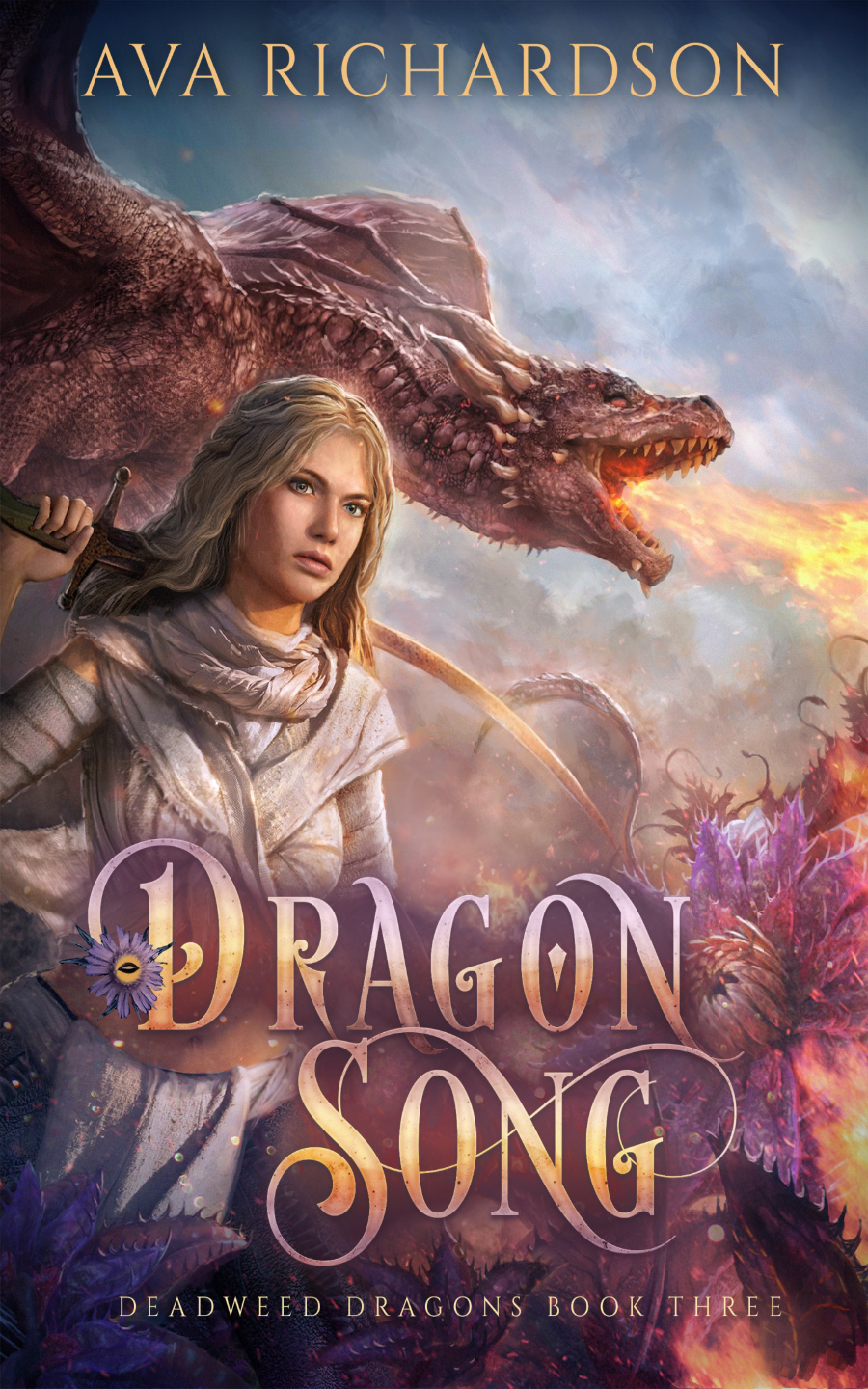 Their only hope for their future is to unravel her past.

The Southern Kingdom is overrun with Deadweed and what remains lies scorched by dragon’s fire. Plagued by the choking menace and targeted by attacks from deadly Water Wraiths, Dayie has no choice—master her magic or succumb to it. But when she and the Dragon Riders seek help from neighboring Torvald, they find a Kingdom under siege and come to a heart-wrenching realization.

They will not win the fight.

The only option to restore the wasteland that was once their home is for Dayie to travel to a mysterious site that may hold the key to her birth and the tremendous power that drives the Water Wraiths. But what she discovers is more terrifying than the enemies she already faces.

Armed with a link to her past and the song of the sea in her heart, Dayie must confront the truth of her birth in order to wield the full strength of her magic against powerful and untamable foes.

Before all hope is lost.