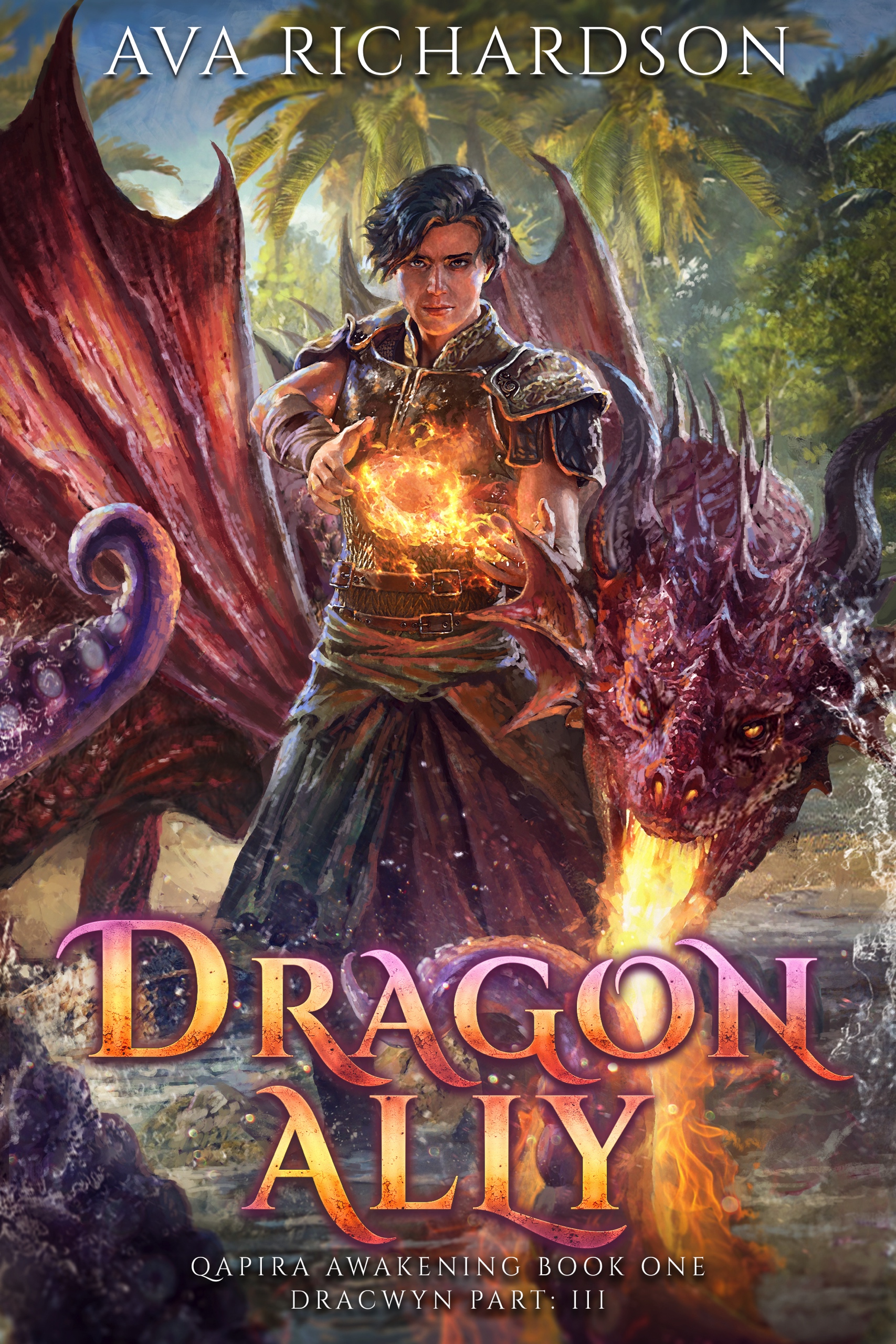 When street rat Del stows away on a merchant vessel he’s worried about staying hidden, not sea monsters. But when a kraken attacks, Del is thrown overboard and finds himself stranded on a desert island, one of three survivors. Rescue is impossible when they discover the kraken still lurking in the surrounding waters, desperate for the dragon eggs one of them is carrying.

Del, wealthy merchant’s daughter Etenia, and former dragon rider Lathan must find a way off the island before the kraken finishes them. Del has only ever heard rumors of dragon riders and thought those stories were myths, but now Lathan’s clutch of dragon eggs is their only hope. But Del knows all too well that he can only rely on himself, so how is he supposed to bond with a dragon?

He’ll need to learn quick or the monster in the deep will get him. Help isn’t coming and the only way off the island will be on the back of a dragon. Can Del really rely on his companions and a dragon hatchling? Or will his only hope of escape be to go it alone? 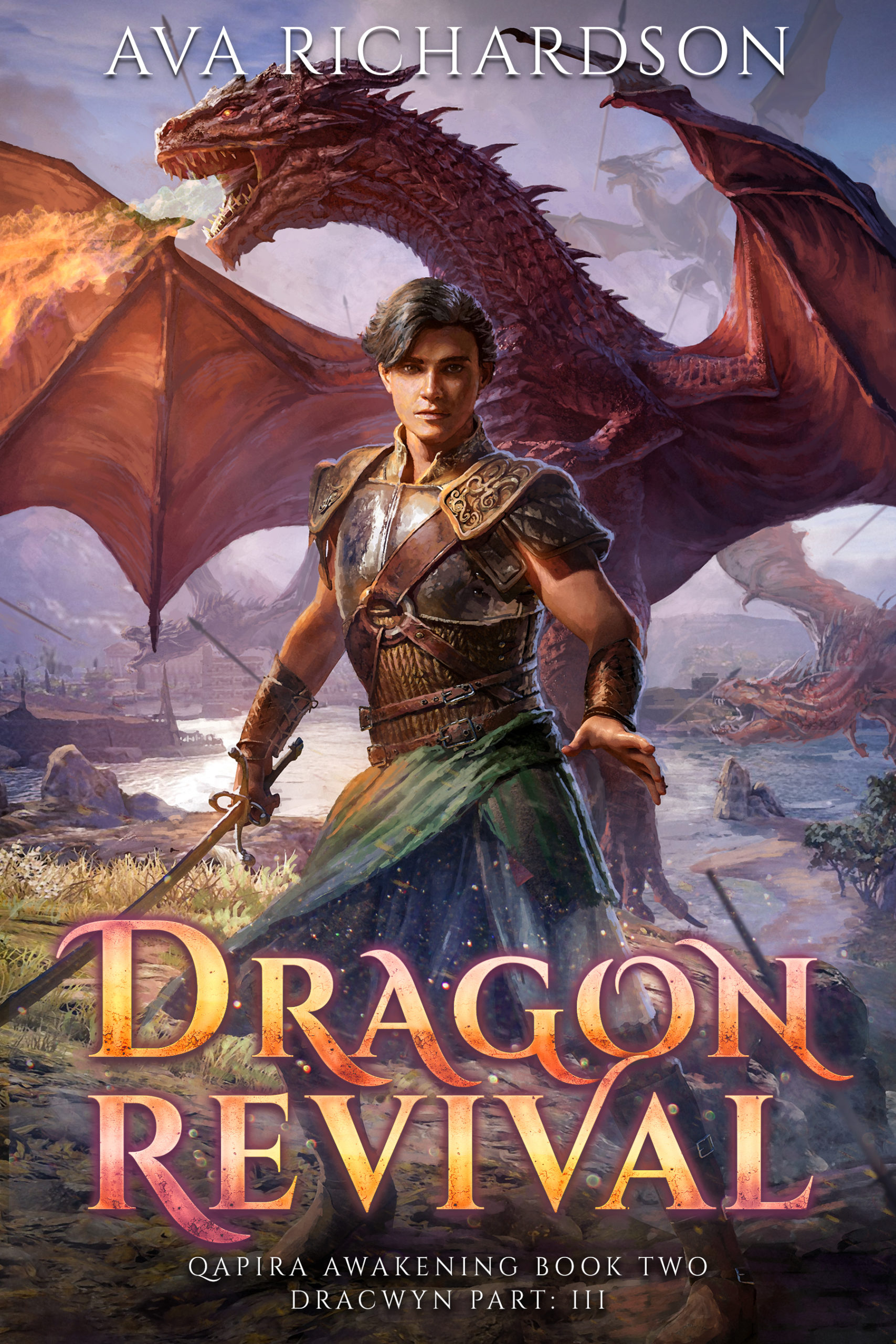 Del will protect his new friends at any cost…

Street rat Del used to only rely on himself, but since being stranded on a desert island with Lathan, Etenia, and a pair of newly hatched dragons, he’s learned about the importance of friendship. Which is why he’ll do anything to prevent them from being hurt, even if it means leaving his homeland Pothena vulnerable to a threat that lurks deep off the coast; something even deadlier than a kraken.

Etenia insists that Pothena needs the warning, and they are the only ones who can deliver it. Without dragons, Pothena has no defenses against this deadly new foe. But the days of dragon-riding in the kingdom are long gone. To stand a chance, they’ll need to somehow revive the dragon-riding academy that has lain dormant for two and a half centuries.

Del will need to find the balance between protecting his friends and defending Pothena as the danger around them grows. The Qapirans have only begun to wake, and if they aren’t stopped they will rain down havoc on Pothena and beyond.

The disastrous battle Del led has forced the Qapira to create a new magic stone, but at a deadly cost. With time running out, the only chance for Del and his dragon riders to save their home is to head the Qapira off before they can retrieve the raw materials needed. But he’ll have to do it without help. With Etenia focused on protecting SeaFall, Del alone will have to explore every possibility to save the human world from certain doom.

But the Qapira are relentless in their pursuit of survival, and stopping them for good will surely bring about even more destruction. Is violence the only answer to violence, and is Del ready to pay that price? Or can a street rat who’s risen to be a protector of his people find a different way to save everything he holds dear?

Amazon
Audiobook coming soon..
We use cookies on our website to give you the most relevant experience by remembering your preferences and repeat visits. By clicking “Accept All”, you consent to the use of ALL the cookies. However, you may visit "Cookie Settings" to provide a controlled consent.
Cookie SettingsAccept All
Manage consent